Prevent fears from controlling your life 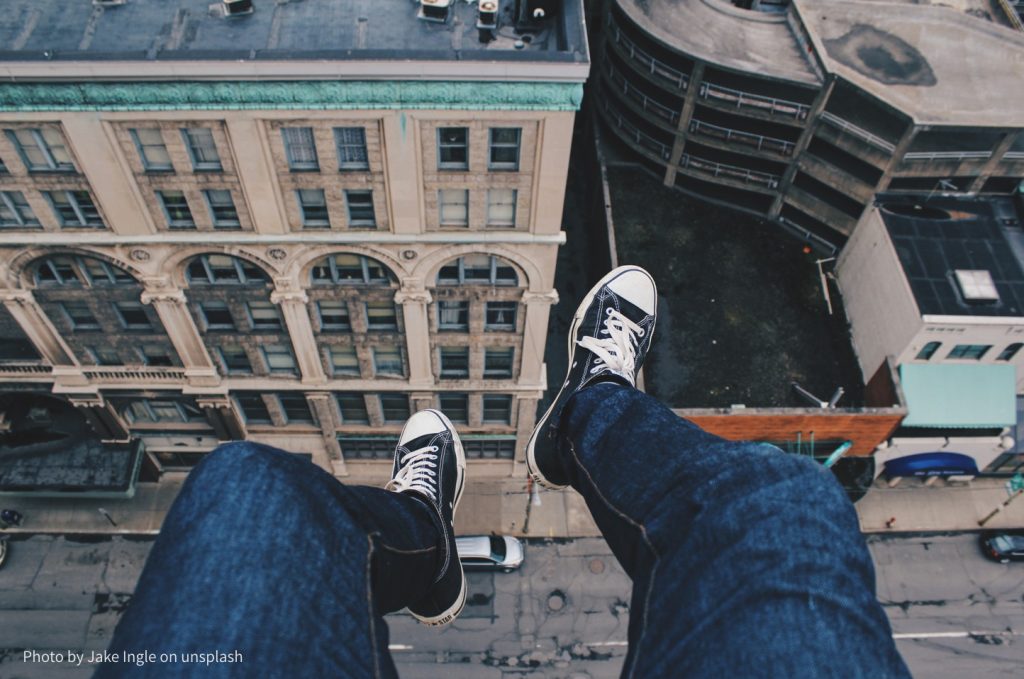 As John went down the stairs into the diving school,
A shadow was seen in the door, bending his head not to hurt it in the lintel.
“Wow, you’re big,” I said…

Ok, it’s not that I’m a small person. I’m big and tall myself
But I didn’t come across a lot of people who make me look short.
And suddenly, I realized what short people feel when they see me.

“Do you make introductory dives?”
“Yes,” I said as I scanned him,
Big, broad-shouldered guy, with a brilliant bald head.
A small tanktop was revealing large, inflated muscles.
And on his arms a wide selection of tattoos.

John is one of those people that when you see them,
Just for caution, you’ll cross to the opposite sidewalk.

The next day in the theoretical part of the dive training,
I noticed that John was showing signs of stress.

When we arrived with the boat to the shallow dive area,
We went down to the water and stood on a shallow, wide rock ledge.
I checked his buoyancy control device attached to the tank and hanging on his shoulders.
The equipment looked small on him; it was funny.

John put on the mask and put the regulator in his mouth,
I held his hand, and we sat on our knees and put our heads into the water.
John shivered, his hand trembling like a leaf in the wind,
He held my hand tight, squeezing it.
And jumped and stood on his feet.

I felt his fear…

The fear,
Can be our biggest enemy,
And it’s also our best friend.

The fear is an emotion which is created by imagination,
And is formed within the amygdala, which is the emotional center in the brain.
And its goal is to preserve our physical survival.

The fear is a friend when it causes us to double-check our equipment,
When we do extreme sports, to keep us alive.

The fear is an enemy, when, for example, makes us remain in our comfort zone,
Prevents us from speaking at a board meeting because we are afraid to express our opinion,
To prevent people from laughing and ridiculing us.

As a clinical hypnotist and mental strategist,
I work with entrepreneurs and business people; I’m helping them overcome their fears,
limiting beliefs and hurt feelings created as a result of traumatic experiences.
Events that affect every area of their lives in the form of hurting
Their​ confidence and self-esteem, causing stress and anxiety.

Further, I’ll tell you how I helped Giant John overcome his fear,
And even enjoy the dive and get out of the water with a wide smile.

But before that,
Let’s talk about how to prevent fears from controlling your life

During the 13 years that I owned my diving school,

I developed a technique based on four steps to overcome fears,
And I used this technique with over a thousand people that I personally taught.

And although I developed this technique for diving,
I checked it out and saw that it was useful and suited to every fear people have.

The four-step technique is not just for theoretical purposes like understanding fear,
However, for practical purposes, it is intended to help people do the things they are afraid of.

And so the four-steps are divided into two parts:
The theoretical part and the performance part.
I will use several examples.

Step one: Understanding the essence of man’s fear.

From a young age, we’ve been programmed with fears.
To be careful not to run or climb, lest we fall and hurt ourselves.
And as we grow older, those fears become a habit,
And then as business people, we are afraid of failure or what others will say.

And there is another kind of fear, from traumas we had in our childhood,
Like the story of 47-year-old Leslie, mother of three daughters,
Who came on vacation and wanted me to take the girls to the introductory dive.
When we talked, I learned that at the age of 5, Leslie was almost drowned in the pond.
And during 42 years of the trauma, she has entered neither the pool nor the sea.

“Okay,” I said “Today you’re going to dive.”
At first, she resisted and argued.
I took her aside, to talk with her, not near her girls
And she agreed to try.

40 minutes later Leslie dived for the first time in the sea,
And when she finished the dive, she cried happily.
“I’m glad you took photos,” she said “my divorcee won’t believe I dived after years that he tried to take me to the sea… ”
Leslie asked if the next day she could come diving again with the girls?

Step two: To help a person to trust his equipment

One of the fears of diving is the ability to breathe underwater,
And when people get a technical explanation about the equipment and how it works,
And why the chance of a mechanical failure strives to zero,
Plus, it also has a spare regulator.
It gives a person a sense of safety.

A fighter pilot under conditions of spatial disorientation,
May enter into vertigo.
That means he doesn’t know what’s up and what’s down.
And if he tries to act based on his feelings, he will probably crash.
And to get out of vertigo and control the plane,
The pilot must rely on the data he sees on the flight gauges display.
Here too, understanding the equipment and trust in it can save lives.

This is a practical step that we perform just before we take the action of what we are afraid of.

For example, in the introductory dive of a person without previous experience,
The dive Instructor can soothe the trainee, with breathing exercises,
And to simulate how he’ll feel during and after the dive and his pleasure of the dive.

Step Four: To take action and walk through the fear

This is the most critical stage, the ability to overcome fear.

After all the previous steps, we have to walk through fear.
As a dive instructor, I’ve always held the student’s hand, to give him a sense of security,
While diving.

And that’s exactly the same thing I do during a hypnosis session,
As a client told me:
”I feel safe because you fixed me after you unloaded everything I had to release… ”

I want to give a tip for business people,

I established my diving school after about 25 years in the business world.
My background in sociology and anthropology and photography (I had two exhibitions), enabled me to pay attention to the details and needs of the people.

And I made an economic decision that seemed to be wrong.
However, my decision proved to be economically beneficial.

Padi, the diving organization I am a certified with, allows me to take four people at the same time for introductory diving.
And I decided that at my school we only take one person per dive.
And that was also the directive I gave to my team without exception.

Reasoning says that four people in one dive are more economical than making four separate dives.

My consideration was to give a quality diving experience and a sense of security.
And the reality is, one guide can’t control four scared people.
Fear makes inexperienced people inflate the buoyancy control device,
And they jump to the surface like corks, which is dangerous.

I saw it happens many times in the dives of the neighboring schools.
And in my dive school, it never happened.

Because when a person gets personal attention and help to overcome his fears,
He falls in love with the beauty of the underwater world and returns for the diving course and be a certified diver.
I had a father and a son who were so content, so they came back the following year with a group of 18 people to do the diving course.

At the dive school, like any business, you have to think outside the box.
And it is equally crucial that your mission and your clients always be in front of your eyes.

And as a clinical hypnotherapist who is aware of the fear people have from hypnosis,
Similar to the false fear and stigmas I had about hypnosis.
I give people an opportunity to experience hypnosis with a free introductory session.
Showing them how in one session they can make a material change.
I give them a hand to cross the Valley of Fear.

And now, to fulfill my promise,
I’ll continue John’s story.

When John jumped and stood on his feet,
I pulled my sore and outstretched palm from his hand… the guy is strong.

He floats close to me so he can hear me in a low voice,
Then I asked him to take a deep breath and relax,
And I guided him about feeling comfortable and safe in the water.
And how he would finish the dive with a smile of pleasure.

After a few minutes of floating on his back,
I told him to put on the mask and regulator.
To roll over and put his face in the water and to get used to breathe underwater and relax.

After several breaths, I released air from his buoyancy control device,
And we descended underwater.
He was calm during the dive while I held his arm, (My hand still hurt)
Giant John ended the dive with a smile.
And I saw tears of happiness he was trying to hide.